Dozens of businesses, cities and organizations have joined the effort to reduce carbon emissions. by Ariana Brocious TWEET SHARE 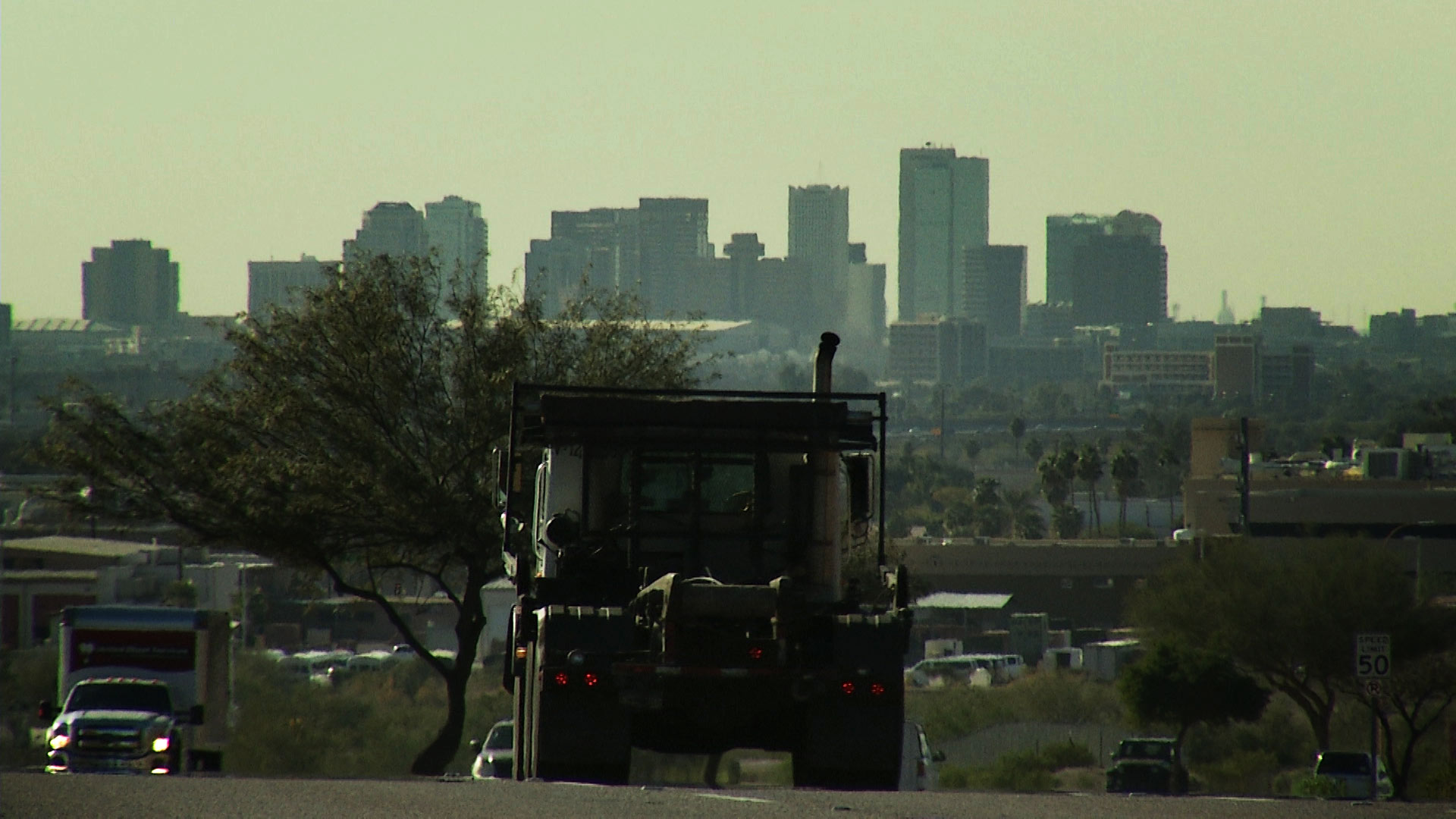 Traffic in Phoenix with the city's downtown skyline in the distance.
AZPM Staff

A coalition of businesses, cities and utilities have banded together to push for reduced carbon emissions, more use of renewable energy and better air quality in Arizona.

The more than 60 members of Arizona Thrives include companies like Sundt and Blue Cross Blue Shield, organizations like Chicanos Por La Causa, cities like Tucson and the state's three major utilities. All have pledged a commitment to improve Arizona's air quality through reduced carbon emissions.

Interim Executive Director Pat Graham said there's a close correlation between air quality and the state's economy, and the group wants to build the case for why reducing carbon emissions should be an economic, social and public health priority. Arizona Thrives wants to put Arizona on a path toward being net carbon neutral by 2050.

"The transition is already occurring. It's not a matter of if we're going to make this transition, it's how we're going to make it. And I think one of the things that's really important to the alliance is that it's done in a way that helps sustain our economy as well as create more livable communities," Graham said.

The alliance will work on education and outreach in areas like transportation—for example, supporting the shift toward electric vehicles and their charging infrastructure, as well as buildings—with programs around energy efficiency, water conservation and urban heat. The group will produce reports and data to support these moves, Graham said.

"We've been working with the University of Arizona and they've helped us to create the first statewide emission dashboard for the state of Arizona. So that's something that will be very useful as a benchmark we can use," he said. The dashboard should be posted to the group's website in a couple weeks.

News roundup: TEP brings on new solar storage system, UA adds Asian Pacific American studies minor News roundup: UA moves toward sustainable energy, experts predict busy hurricane season Governor tours Arizona fires, calls for special session
By posting comments, you agree to our
AZPM encourages comments, but comments that contain profanity, unrelated information, threats, libel, defamatory statements, obscenities, pornography or that violate the law are not allowed. Comments that promote commercial products or services are not allowed. Comments in violation of this policy will be removed. Continued posting of comments that violate this policy will result in the commenter being banned from the site.