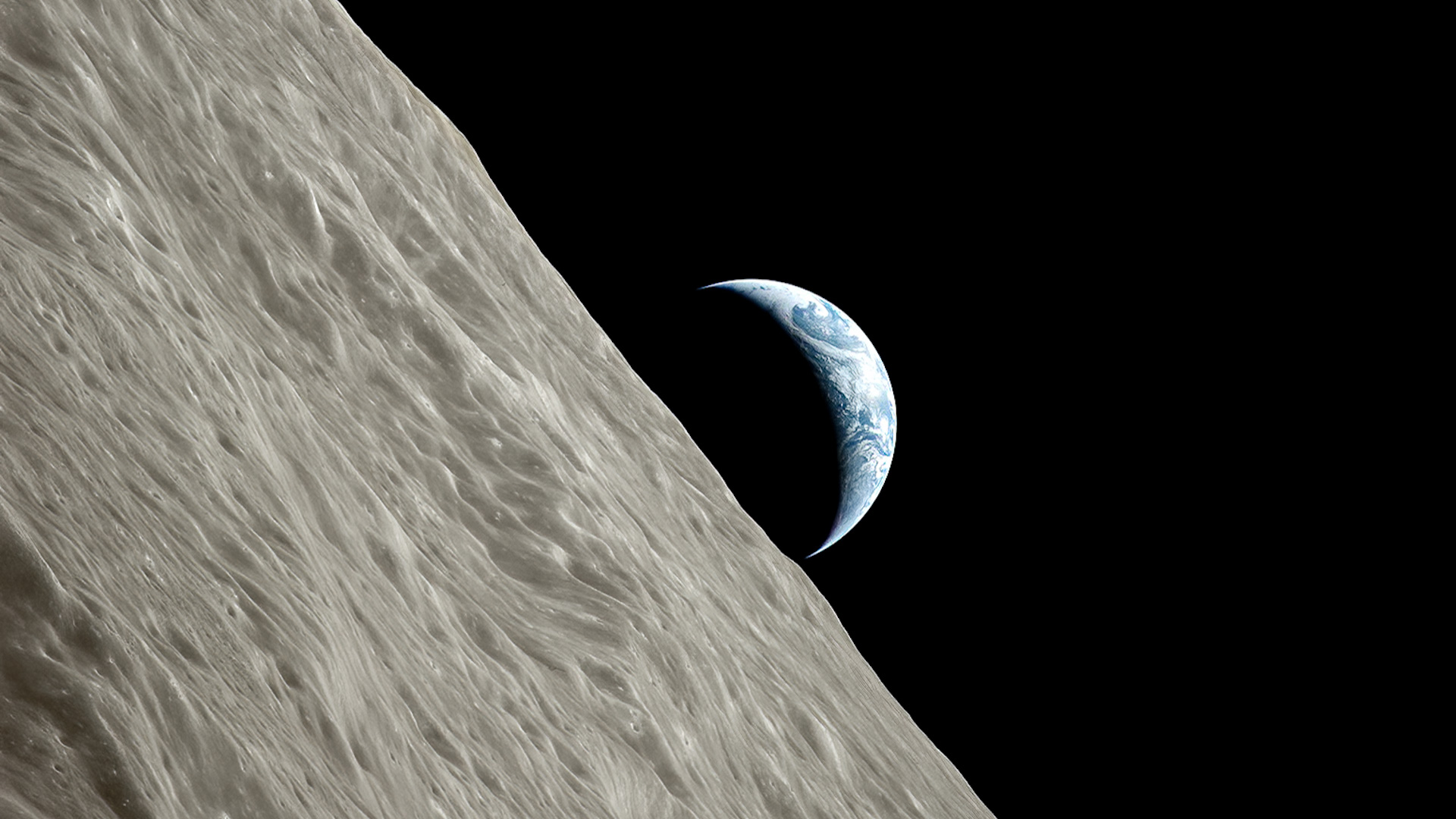 A documentary about the manned space program is shedding light on thousands of never-before-seen photographs from the Apollo era.

The film "Apollo Reflections" is still in production and the artist behind it, Jeremy Theoret, is a collector of space program images. He digitally cleaned-up thousands of pictures taken by Apollo moon landing crews 50 years ago.

Theoret found that Apollo astronauts snapped 19,000 photos during missions from 1968 to 1972, and only about 100 of those images are distributed widely today. He notes the new era of commercial spaceflight is likely to bring more artistic pictures taken by professional photographers instead of mission-driven astronauts.

"More images that impress us emotionally and not just the science of what was happening at that time," Theoret said.

He adds expert photojournalists could deliver more images that emphasize the fragility of the Earth's environment as seen from space.

Theoret is attending this weekend's Spacefest, the gathering of artists and former astronauts held in Tucson every year. "Apollo Reflections" is due to be released in 2023.

Tucson-based scientists giving moon rocks a second look University of Arizona students await photographs of moon crash site Bezos' private space program could yield dividends for researchers
By posting comments, you agree to our
AZPM encourages comments, but comments that contain profanity, unrelated information, threats, libel, defamatory statements, obscenities, pornography or that violate the law are not allowed. Comments that promote commercial products or services are not allowed. Comments in violation of this policy will be removed. Continued posting of comments that violate this policy will result in the commenter being banned from the site.