× STREAMCHILDREN OF THE HOLOCAUST: Watch our preview and discussion of AZPM's upcoming project, Children of the Holocaust.
/ Modified oct 29, 2022 6:06 p.m.

The efforts to hand-count ballots are driven by unfounded concerns among some Republicans that problems with vote-counting machines or voter fraud led to former President Donald Trump's 2020 defeat. by Associated Press Tweet 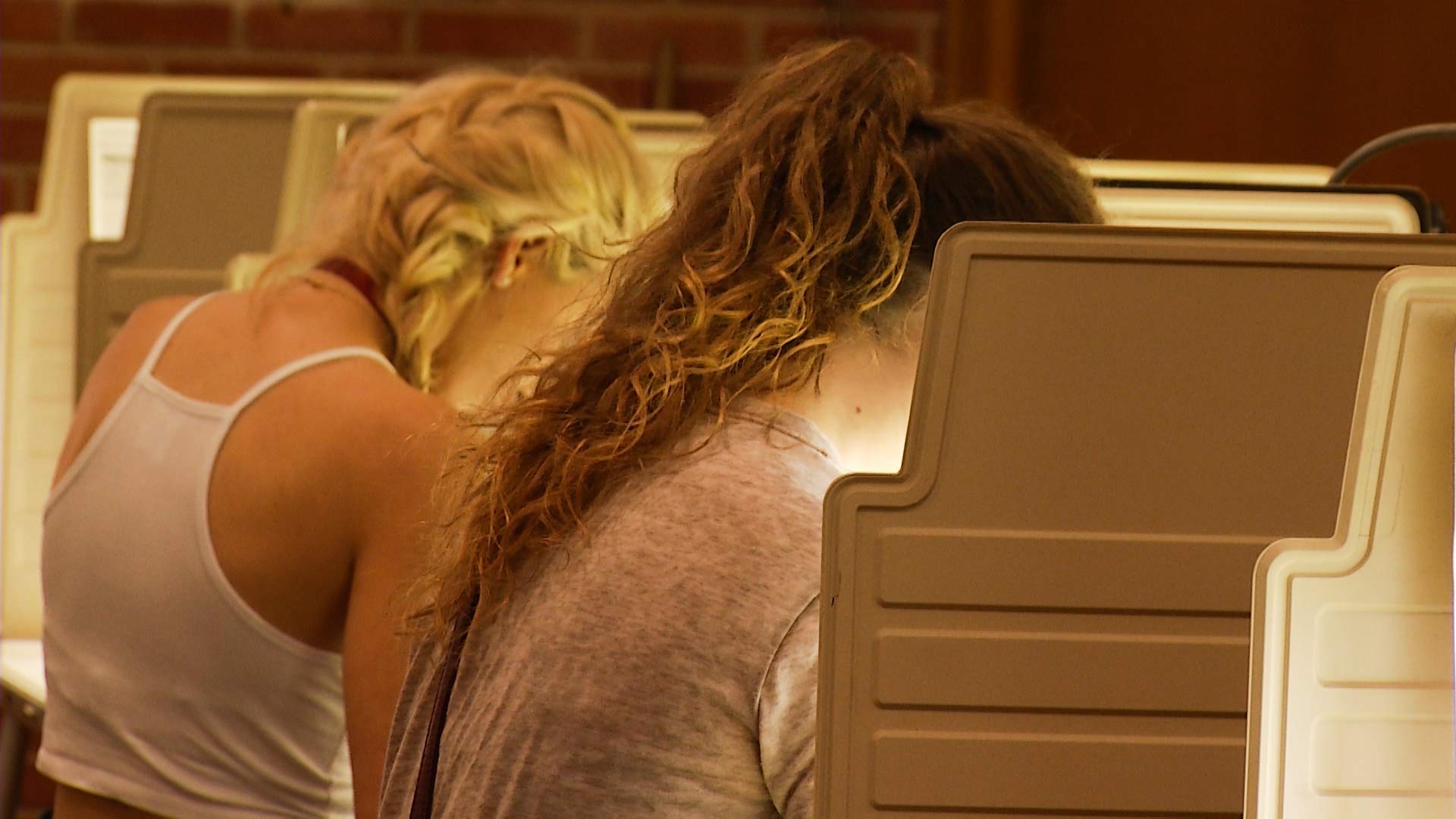 Arizona's Republican attorney general has issued an opinion saying county officials can hand-count all ballots in at least five races from the Nov. 8 election, a move that gives a green light to GOP officials in at least two counties who have been clamoring for hand counts.

The efforts to hand-count ballots are driven by unfounded concerns among some Republicans that problems with vote-counting machines or voter fraud led to former President Donald Trump's 2020 defeat.

The new attorney general opinion led the two Republicans on the three-member Cochise County board of supervisors to boost their plan to hand-count some races in both early and Election Day ballots. They had pledged to pare back the effort on Wednesday.

Under state law, the local leaders of both the Democratic and Republican parties would have to provide hundreds of volunteers to do the counts.

At a fiery meeting Friday, Democratic Supervisor Ann English said she'll do everything she can to stop the county Democratic Party chair from providing those workers.

“It would be my fondest hope, that if I have any authority, any way that I can convince the chair of the Democratic party in Cochise County not to provide people for this fiasco that will be my intent,” English said. “Because I think that every day that we’re discussing this, then people are wondering 'what’s wrong with our elections.' ”

That comment came after GOP Supervisor Peggy Judd said she wanted to move ahead, and Republican Supervisor Tom Crosby pushed back strongly on English's opposition and effort to halt the full count. “I’m OK talking about how this will be done, but all you want to do is make it not get done,” Crosby said. "So, I’m not interested in that discussion — I’m interested in the discussion of how it will get done.”

The Cochise County Democratic Party referred inquiries about whether they would send volunteers for the expanded hand count to the state party on Saturday. Arizona Democratic Party spokeswoman Morgan Dick said party officials are consulting with their attorneys on the issue.

The county party did post on its Facebook page Saturday, saying they were “beyond disappointed in yesterday’s circus of a meeting.”

“Judd, Crosby and (county Recorder David) Stevens are hell bent on appeasing MAGA election deniers instead of doing what’s right for our county,” the post continued.

The informal opinion issued Friday by Attorney General Mark Brnovich's office came as the board has been battling with Democratic Secretary of State Katie Hobbs. She warned officials there not to expand the required small hand count to all races because it was illegal. Hobbs is the state's top election official and is running for governor.

Hobbs did give them the OK to hand-count all Election Day ballots in four races, but she said it would be illegal to do so for early votes, which make up more than 80% of ballots in the state. Normal hand-count audits required under law to ensure accuracy of ballot counting machines cover only a small percentage of ballots.

The opinion from Brnovich's deputy solicitor general said the county may hand-count all the ballots in as many as five races.

Hobbs' office said they disagreed and that the law does not allow it for early ballots.

"With early voting well under way and less than two weeks from election day, these antics are doing nothing more than creating chaos and confusion around the election and tabulation of ballots, which is wildly irresponsible,” a statement from Hobbs' office said.

Supervisors in Pinal County, a much larger and growing suburban area just south of metro Phoenix's Maricopa County, also have been considering a hand count. Both boards have meetings planned for next week to discuss the issue.

The elected Republican county attorneys in both jurisdictions have warned their respective boards there is no legal authority to expand a hand-count of ballots.

"It would be illegal at this point to do a full hand count,” Pinal County Attorney Kent Volkmer told his board on Wednesday.

Cochise County Attorney Brian McIntyre has told the board he also believes a full hand count is illegal and said the board and county Recorder David Stevens would need to find outside attorneys if they went ahead. He repeated that Friday, after Supervisor Judd said Brnovich had given the go-ahead.

He also noted that the effort runs afoul of a legal doctrine set up by the U.S. Supreme Court that says election rules and procedures can't be changed close to an election.

An effort to hand count ballots in rural Nevada's Nye County has been beset with issues, including slow counts and a legal challenge that forced the effort to halt on Thursday night. Officials in the GOP-led county pledged to restart their effort as soon as they can.

Elections Director in Cochise County leaving Recall petitions circulating for Cochise County supervisor Mayes wins Arizona attorney general race after recount
By posting comments, you agree to our
AZPM encourages comments, but comments that contain profanity, unrelated information, threats, libel, defamatory statements, obscenities, pornography or that violate the law are not allowed. Comments that promote commercial products or services are not allowed. Comments in violation of this policy will be removed. Continued posting of comments that violate this policy will result in the commenter being banned from the site.