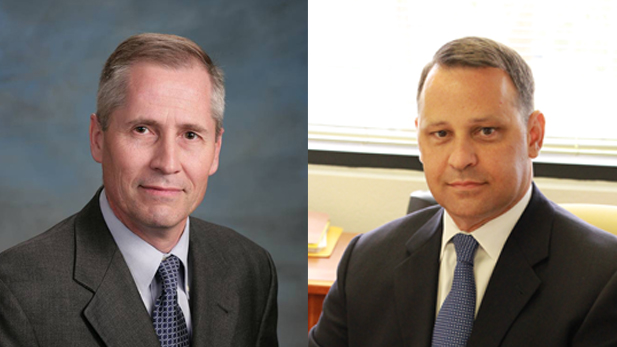 The appointments come after the Legislature expanded the court by two seats, to seven, earlier this year.

Judge Gould was appointed to the state Court of Appeals in 2012. He was also Superior Court judge in Yuma.

Lopez is the first Hispanic to be appointed to Arizona’s highest court. Before he was solicitor general he served in the U.S. Attorney’s Office.

Attorney General Mark Brnovich said Lopez “will be a brilliant justice on our state Supreme Court.”

16 Seeking Pima County Superior Court Judge Spot First Latino, One Other Justice Join Arizona Supreme Court Arizona Supreme Court Rules Water Rate Hike Constitutional
By posting comments, you agree to our
AZPM encourages comments, but comments that contain profanity, unrelated information, threats, libel, defamatory statements, obscenities, pornography or that violate the law are not allowed. Comments that promote commercial products or services are not allowed. Comments in violation of this policy will be removed. Continued posting of comments that violate this policy will result in the commenter being banned from the site.