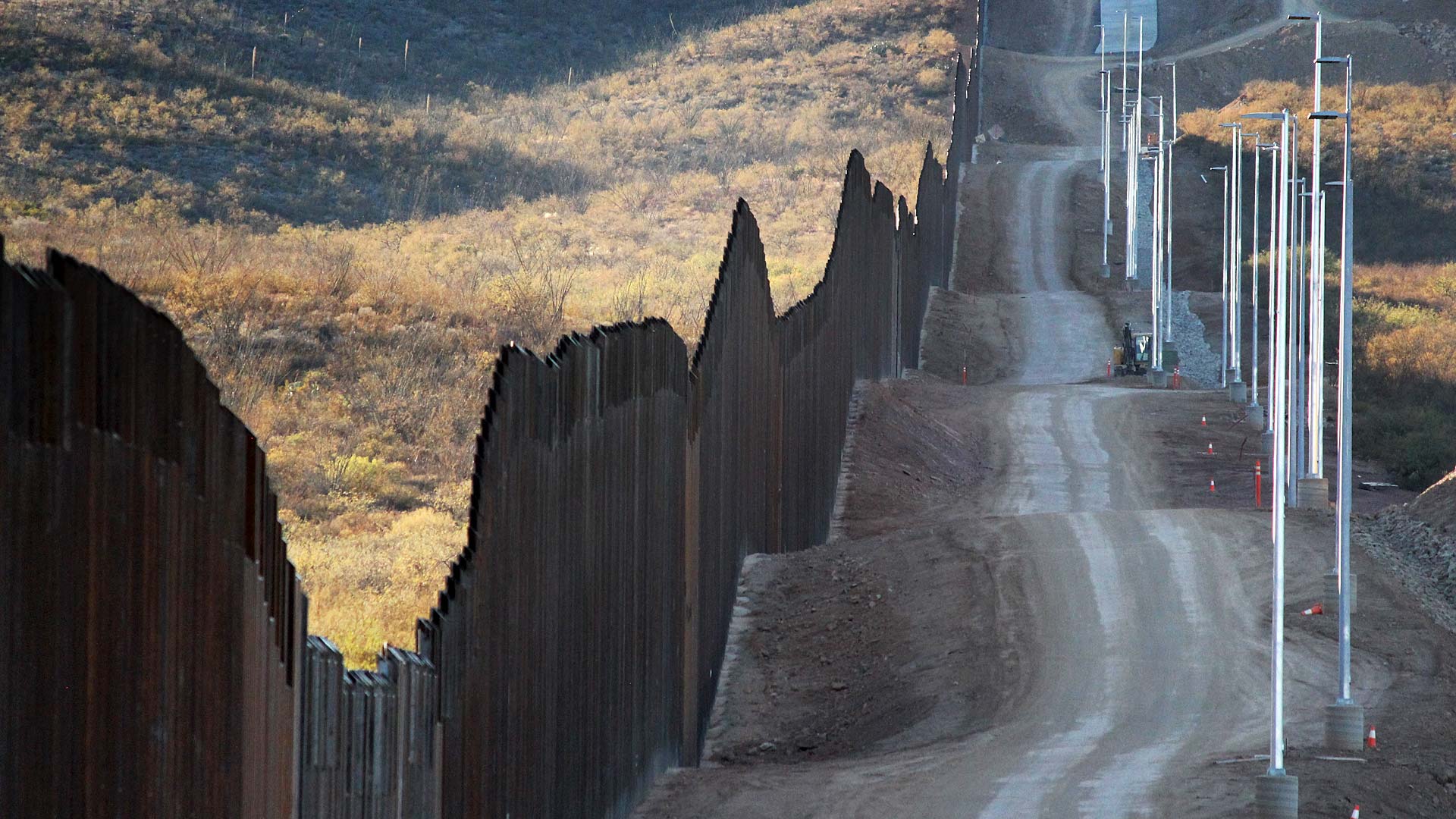 A stretch of border fencing east of Douglas constructed as part of President Trump's initiative to erect a taller wall along the southern border. November 2020.
Lorraine Rivera

A coalition of nearly 70 human rights organizations co-signed a letter to President Joe Biden this week asking his administration to adopt a climate-focused approach to the border.

More than 160 sets of human remains have been found in the Arizona desert so far this year, according to a count by the advocacy group Humane Borders, a number that’s on pace to set a new record.

"We’re seeing that more and more people are dying because of being exposed to the elements," said Vicki Gaubeca, of the Southern Border Communities Coalition, one of the groups that signed on to the letter.

"And it just seems to get worse every year. We’re seeing migrants drowning in the Pacific, migrants dying in the deserts," she said.

In their letter, Gaubeca’s group and others cite a case last month in which Border Patrol agents near Yuma found a 2-year-old boy alive next to his mother and 10-year-old sister’s bodies. Amid desert temperatures that soared to 119 degrees, autopsies from the Yuma County Medical Examiner's Office found their deaths were heat-related.

Gaubeca said deaths have been on the rise since the implementation of Prevention Through Deterrence, a U.S. policy forged under the Clinton administration in the 1990s that sought to reduce unauthorized crossings by increasing border militarization in urban border crossings. As border infrastructure has increased, so have the number of deaths, she said. Her group has documented 11 incidents in which migrants died falling from the border wall this year. It's more than double the number in 2020.

Gaubeca’s group and others are advocating for safeguards like water stations at ports of entry and non-enforcement-related task forces to rescue migrants in peril.

Drought to continue, say weather experts Tucson leaders push for electric school buses Judge orders government to stop expelling families under Trump-era border policy
By posting comments, you agree to our
AZPM encourages comments, but comments that contain profanity, unrelated information, threats, libel, defamatory statements, obscenities, pornography or that violate the law are not allowed. Comments that promote commercial products or services are not allowed. Comments in violation of this policy will be removed. Continued posting of comments that violate this policy will result in the commenter being banned from the site.