López Obrador has spoken of mitigating the factors that push people to immigrate from Central America and Mexico. by Jorge Valencia, Fronteras Desk Tweet 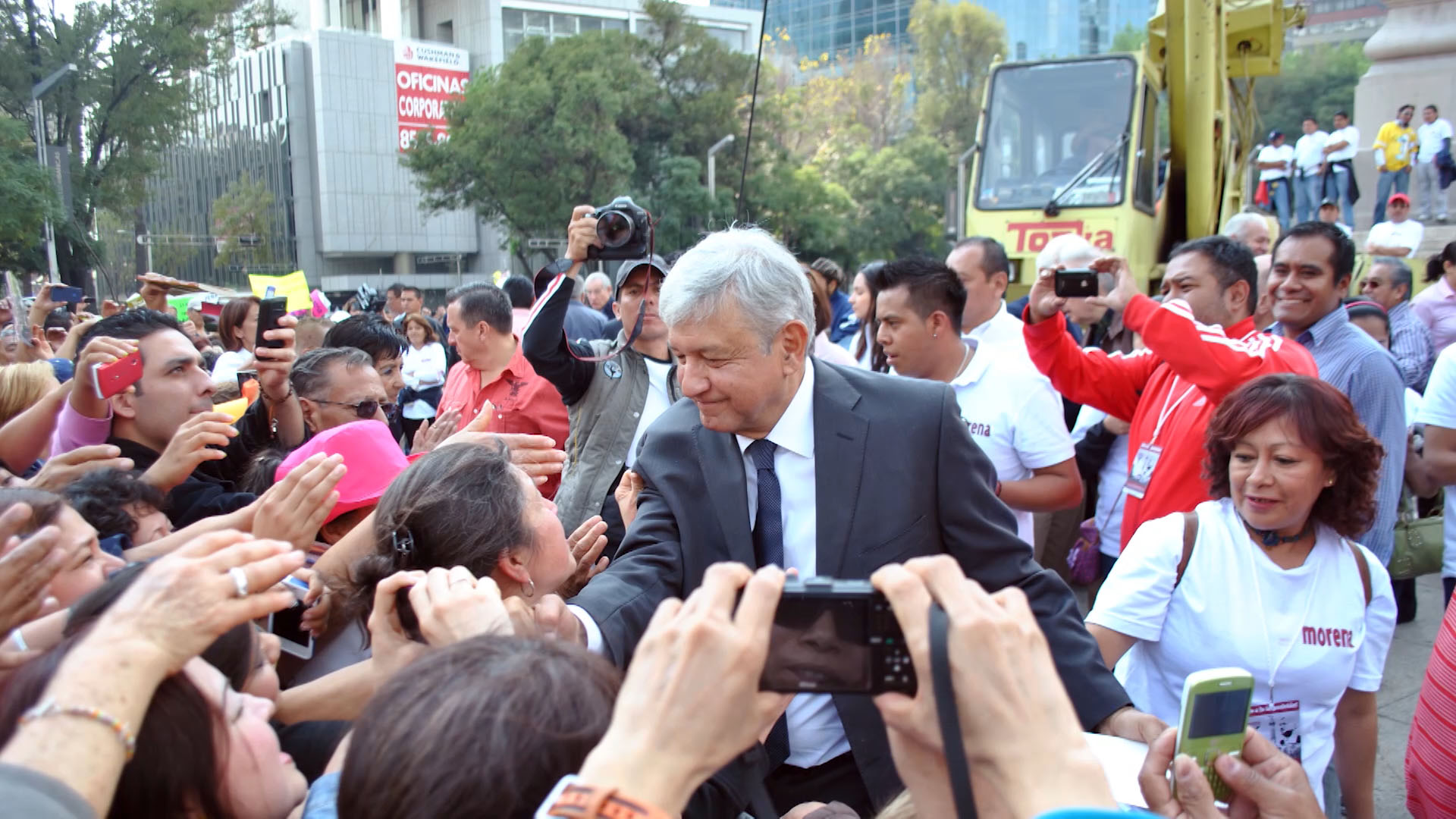 Andrés Manuel López Obrador at a rally in December 2012.
ProtoplasmaKid via Wikimedia Commons

MEXICO CITY - Mexico's incoming president says he wants fewer people to migrate from his country and Central America to the United States.

President-elect Andrés Manuel López Obrador has said in speeches and statements that he wants to develop more economic opportunities in Central America and Mexico. Gabriela Cuevas, a Mexican senator who campaigned for him, says the objective is for people to migrate because they want to, not because they have to.

"We want to give them all the opportunities, and so does [President] Donald Trump, so we can have some kind of agreement."

In a letter to López Obrador last month, Trump said that while he's open to discussing regional development, he wants to ensure that the sovereignty of both countries — in other words, the border — is protected.

Trump, Mexican President-Elect Talk Immigration Over Phone Mexico’s President-Elect Heads to Sonoran Border Towns Friday Border Patrol: Apprehensions of Large Migrant Groups Becoming 'Trend'
By posting comments, you agree to our
AZPM encourages comments, but comments that contain profanity, unrelated information, threats, libel, defamatory statements, obscenities, pornography or that violate the law are not allowed. Comments that promote commercial products or services are not allowed. Comments in violation of this policy will be removed. Continued posting of comments that violate this policy will result in the commenter being banned from the site.